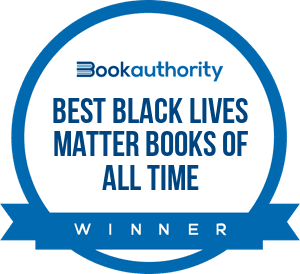 I'm happy to announce that my book, "Another Day in Post-Racial America: To the Mothers of the Black Lives Matter Movement, With Love", made it to BookAuthority's Best Black Lives Matter Books of All Time:https://bookauthority.org/books/best-black-lives-matter-books?t=t45ub1&s=award&book=1797509047BookAuthority collects and ranks the best books in the world, and it is a great honor to get this kind of recognition. Thank you for all your support!The book is available for purchase on Amazon.
Posted by Dianne at 10:18 PM No comments:

The Rabbit Hole Just Got Deeper 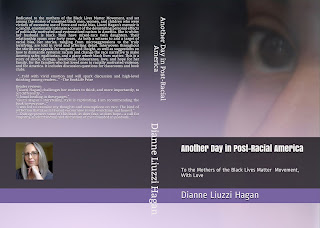 Shop Now
Posted by Dianne at 1:02 PM No comments:

Dear white people who can’t figure out if what you did is racist or not, 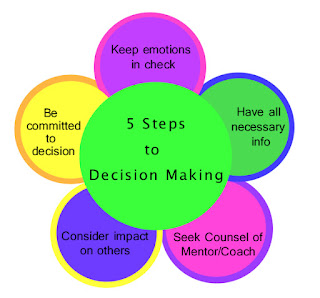 Posted by Dianne at 3:08 PM No comments:

PS These are just two of the letters I have written to newspaper editors in my adult life. I often use the written word as my instrument of advocacy. The second letter urging for a change in the city school district gifted program selection process prompted several anonymous phone calls that bordered on threatening. It wouldn't be the first or last time my message of equality was received negatively, but I won't give up, and I hope you won't, too. There are many ways to advocate for progress and there is no shortage of issues in our country that require hard work, enthusiasm, and passion to make them better. 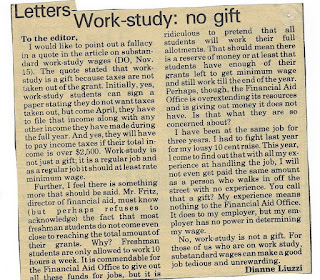 Letter to the Editor, The Daily Orange, circa 1978 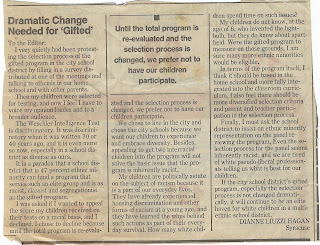 Posted by Dianne at 4:35 PM No comments:

The Wall is Not a Thing

Most Americans don’t realize how many people actually work for the Federal Government.  The number is in the millions (2.7 million in 2014), and they represent a good portion of the middle class.  Right now, most of them are not being paid because of the government shutdown. They can’t pay their bills including mortgages, and are at risk of losing everything they’ve worked hard to buy.
Children whose parents rely on food stamps are also at risk.  So are farmers who rely on government loans to keep their farms viable. And what about the immigrant children who are being held in detention centers? The shutdown is catastrophic, not just for Democrats or liberals, but for millions of Americans, including a large number of Trump supporters.
Two weeks ago, Trump held a meeting with Rep. Nancy Pelosi and Sen. Chuck Schumer.  Trump announced he would be happy to carry the mantle of the shutdown. He would take full responsibility for it. Senator Schumer ducked his head and smirked. He knew well that Trump was caught on tape once again saying outrageous things.  Of course, Trump changed his tune early into the shutdown. He now calls it Pelosi’s shutdown or the Democratic shutdown. He has always used bait and switch as one of his strategies for getting what he wants (or what the powerbrokers like Putin, who are driving his policy stances, want). I think even his most loyal base is tiring of the game. It is hitting them squarely in their pocketbooks.  Many GOP Senators, who are up for election in 2020, are starting to back away from Trump and his rhetoric. It’s already been proven that they are at risk of being voted out, in spite of gerrymandered districts and voter suppression efforts. We all have to ask ourselves, do Trump and the GOP really have the best interests of America in mind when they cheat to win? I don’t think so. They have the interests of an elite group of Americans in mind, so they have to cheat to win.
I want to recommend a film and a short documentary series to my readers.
The first is the film Vice. It is a fictional account about the rise of Dick Cheney, from a drunken loser, to the most powerful vice president in the history of our country. I admit this film has a liberal slant, but, seriously, facts really are facts, despite what Kellyann Conway says, and if you look at what this man orchestrated in his career in Washington, along with other powerbrokers such as Don Rumsfeld, it will give you pause. During the GW Bush administration, 22 million emails were lost – it boggles the mind when one remembers how enraged GOP elected officials were over 32,000 emails belonging to Hillary Clinton that had already been vetted for security risks and mostly were personal emails about Chelsea’s pregnancy and other mundane topics. The Bush administration also conducted email exchanges on networks that did not record them for prosperity, because they didn’t want them recorded. Meetings were held in rooms where auto-record devices were not installed, and they were held without the president and without his knowledge.  Cheney abused his position again and again, and he started his power abuse back in the Nixon administration. Although there were dozens of investigations into the Bush administration, one can only wonder why there weren’t more investigations launched into the inner workings of this administration that lied about weapons of mass destruction in Iraq and also made the stockholders of Halliburton wealthy beyond their dreams. Corruption in our government is not new, but we may discover it is at levels in the Trump administration that even the most power-hungry official could not envision.
But the path to this level of corruption was laid out a long time ago, across the world. It seems mankind can’t help but feel drawn to power and the abuse of it.
I say this as an introduction to my next recommendation, a documentary series on the Smithsonian TV channel titled Apocalypse: The Second World War. Ronald and I binge-watched this six part series last night. It is a must-see for anyone sixteen and older. The documentary used over 600 hours of declassified government film and film from private citizens taken during the war, and it was devastating to watch. This war was responsible for more deaths of soldiers and civilians than any other war in the history of mankind, and the number is in the tens of millions, maybe as high as 80 million. Historians estimate it wiped out 3% of the world population.
Jews were left to starve in concentration camps or they were gassed en masse in gas chambers. Before the “final solution” was implemented, Jews were forced to dig their own graves and were shot while standing in them (and this horrific genocide was captured on film) – this method of genocide, later considered inefficient, was known as the Bullet Holocaust. There were millions of others who did not fit into the “master race” Nazis defined, and they were put to death, too. They included gypsies, homosexuals, political dissidents, and resistors. 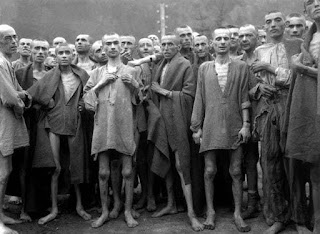 But the Germans weren’t the only ones who acted with depravity and without regard for human life. The Russians let 600,000 prisoners of war starve to death, rather than use food needed for troops. The Japanese were guilty of crimes against humanity for their treatment of prisoners of war and for civilians, particularly in China and the Philippines. Italy conscripted its army and forced young men to fight for a mad dictator. America interned Japanese Americans, many of whom had been US citizens for generations.
This war clearly demonstrated unchecked power is capable of the most depraved, horrific, and inhuman actions by mankind. After the war, trials were held, but many war criminals were given immunity and were allowed to start over. Many resettled in America. The United Nations and NATO were put in place to try to prevent another such war from ever happening.
But we are living in a time now where certain personalities are rising to power and they are at risk of abusing that power. Trump is one of them. He has often used the rhetoric used by Hitler and other demagogues and he has used hatred and fear to get his way.
He is saying he may invoke his power to call a national emergency and build the wall between the US and Mexico. It is a clear abuse of power. He has dehumanized people seeking asylum in the US by describing them as criminals, animals, vermin, and as individuals who would change America as we know it – not very different from the rhetoric Hitler used against the Jews. Horrific acts were committed based on that rhetoric and we should be alert to this fact and try not to repeat the past.
At least five attempts were made to assassinate Hitler as Germans in high positions realized the absolute decimation of humanity the implementation of such rhetoric caused. Such failed attempts only caused Hitler to believe more strongly that God had placed him in power and was protecting him.
When people are experiencing hard times and they feel helpless to change their circumstances, someone like Trump or Hitler can come along and take advantage of that fear.  They needle away at racial and ethnic biases and give desperate people someone to take out their frustration and hatred upon.
We’ve seen this at Trump rallies and in videos shared on social media. People feel more emboldened to act out against “the enemy” because Trump told them they could. Slowly, more and more inhumane acts become acceptable, including children being snatched away from their parents and imprisoned in camps or people of color being policed by white citizens because the white citizens believe people of color have no right to be in public spaces.
We have to stop this. We can’t continue on this path of hatred and genocide. Two children dying at the hands of authority are two children too many. Their deaths are imprinted on our souls.  If Trump has his way, we will be the ones burdened by our own hand in this atrocity.
The wall is not a thing. Roger Stone made it up as a sound bite to rile the base, and it worked. No one ever expected Mexico to pay for the wall, or even to use taxpayers’ money to build it. In fact, it appears Trump is the only one left thinking the wall must be built. The number of illegal immigrants crossing the borders has decreased steadily since 2010. The only people coming now are seeking asylum from danger and violence in their own countries. We ought to open our arms to them, not build a wall.
Not only this, but Trump has also tried to denigrate the United Nations and NATO. He may very well destroy the pacts between countries that have so far kept us from another war like World War II.
We need to understand that power is corrupting to certain personalities.  Trump is one such person.  If we don’t understand and acknowledge the past and stand against such corruption now, early in the process, we may not be able to stop it in the future.
The wall is not a thing.
Posted by Dianne at 2:09 PM No comments: 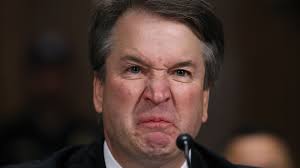 Mashup.com
Posted by Dianne at 10:06 AM No comments: 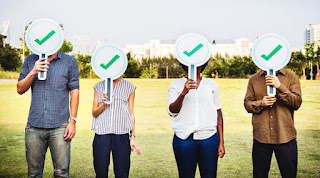 Pexel.com photo
Posted by Dianne at 8:36 PM No comments:

Dianne
I live a multicultural and artistic life. I write about race, culture, gender, politics, and ethnicity. I encourage comments that encompass all opinions, pro and con, but they must be respectfully written. Due to the topics I write about, I moderate comments, so please allow a little time before they actually appear on the blog.